Pathfinder: Kingmaker is an isometric CRPG created and developed by Owlcat games in collaboration with Paizo, Inc. The inspiration for Pathfinder: Kingslayer came from similar style games including Baldur's Gate, Fallout, and Arcanum. The game includes over 100 monsters, 10 classes, and 7 races. Additional features include over 400 feat and class abilities, 500+ magic items, 300+ spells, a 6-part adventure path, hundreds of Kingdom events, 100 Kingdom projects, and more.

The game includes familiar locations, iconic NPC's and other characters from the Pathfinder RPG, but also introduces players to new ones including a diverse cast of companions. The player will experience brand new quests written by Chris Avellone and the Owlcat team with help from Pazio and additional authors.

Pathfinder: Kingmaker takes place in Golarion, a "world rich in history, mystery, and conflict". The story is recorded by a bard named Linzi. Players will learn to survive the harsh wilderness within the Stolen Lands. They will face rival nations and other threats in their fight to build their Kingdom. Travel through the land completing questions while collecting items and resources. Your companions each have their own deep story and decisions. Claim new territories, build towns and cities, then decide how you will rule. Will you be a wise ruler or a tyrant?

During the course of the adventure, players will make decisions that will ultimately change the kingdom and everything in it. The alignment with factions, the responses of allies and enemy, and the ability to lead the people can be altered. Build new towns and communities to grow the kingdom, and neighboring countries will take notice. They will come to seek favor and test the player's strength.

The kingdom can either succeed or fail, based on player interaction and choices.

The game features all the playable races in the core pathfinder book(human, elf, dwarf, gnome, Halfling, half-elf and half-orc). The game also features all the classes in the core rulebook and most from the advanced players guide. The game includes a ton of text that explains the Pathfinder lore and the story of the game. Players will read quests, then choose a single answer from several choices. These choices will determine how the player will rule and interact with allies, companions and enemies. It will also determine which choices will become available in the future. This adds to the replay-ability of the game.

When traveling to other areas, the player will be presented with the Group window that will allow them to decide who travels with them from the available options. During the travel time, players may have encounters that will interrupt the journey. The combat is a turn-based tactical style. The player will set up the attacks while the game is paused, then execute them, and pausing again to set up the next strike. Loot can be collected at the end of the combat. Stealth is able to be toggled on and off, but the player and the companions will be slowed while stealth is on.

Like the RPG game, choices made during the story have a chance to fail or succeed, and even a successful action has a chance to have an undesireable outcome.

When inside a building, the walls and roof can be seen through, allowing for easier movement.

Rest Camps are used to pass time and heal the party.

W,S.A,D controls the camera. Use the mouse to move the characters by clicking on the playable area. Use TAB to hightlight interactable objects on the screen.

Save the game often!

While the game is being played, the player's story is presented, along with quests and direction, in a storybook. The locations and items of interest to the story are highlighted using green links. Clicking on the links will provide the player will additional specific information in regards to that item. This is to provide players, especially those unfamiliar with the Pathfinder universe with more information regarding their situation.

This is the introduction of the game to the players.

The player has received the Baron title after bringing law and order to the Stolen Lands. These lands are covered in swamp, wastes and wilderness infected with monsters including trolls.

Companions are player-controlled characters that travel with the player and assist them during combat. The player will start with minimal companions and will gather others during the story. Player's will need to change the gear on the companion as they level and add potions and scrolls to their equipment slots for them to use. Companions can be moved individually or together with a single mouse click.

"Amiri is a tough barbarian woman from distant northern lands. She's secretive and sometimes rude, besides she just hates to tell about her past. But I can see that her heart is in the right place. And I'm not talking about her chest! What I'm trying to say is that Amiri is a decent and trustworthy member of our group."

"Octavia and her friend Regongar were the ones we once saved from the greedy claws of Technic League adepts (that was hell of a fight, I have to add!). After that the young lady-wizard has joined us, to show her gratitude and to bring happiness and freedom to the Stolen Lands together with our group. She's a real sister-in-arms I've always dreamed of!"

"Reliable comrade in battle, proud Valerie has rejected her predestination of becoming a paladin of Shelyn, and left the order to find her own way in life. Her loyalty to cause only be compared to her heavenly beauty. Sometimes she could be a trifle arrogant, but with her I feel protected, for she's a rock to cling to." 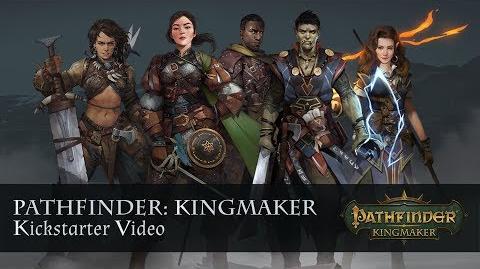 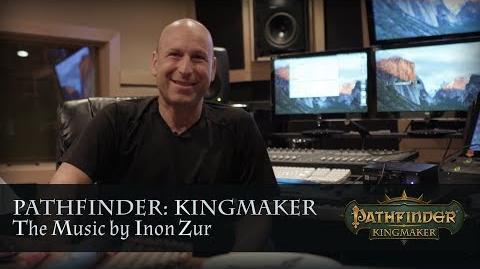 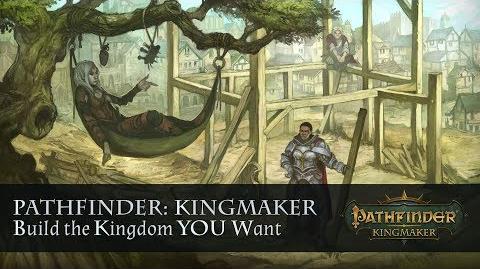 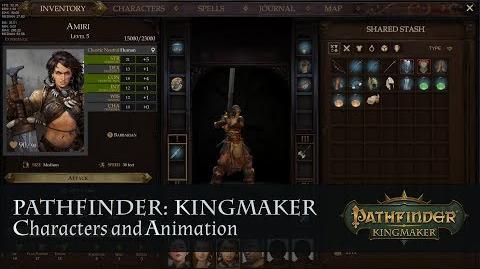