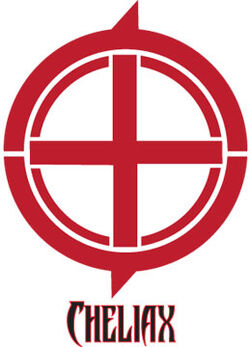 When Aroden died, some say the soul of Cheliax perished with him. The once mighty empire tore itself apart, and only through the power of three noble Houses, each steeped in deviltry, was order restored. The empire runs on the backs of fiends now, a perfect machine of hellfire and blood, where morality surrenders to the needs of law and order. It's easy to curse Cheliax as a nation of devil-lovers, but few can argue with the results of their fiend-binding craft. House Thrune, the greatest of its diabolic noble families, has brought the empire under control once more. Cheliax rises like a dark star, as strong as ever, despite the recent losses of Galt and Andoran to rebellious forces.

Asmodeus proves as powerful a divine patron as Aroden ever did, shepherding his people toward glory and dominance of the Inner Sea. His plans reach eons into the future, and the minor setbacks of yesterday are all factored into the cost of doing a devil's business. The Chelish always plan for a long campaign, and never trifle over today's skirmishes. In the end all will burn in hellfire. It is only a matter of time and calculated conquest.

The pale-skinned Chelish believe themselves superior to all other peoples. Their compact with great devils gives them power beyond measure, and no other nation of the Inner Sea can compete with their summoners and warlocks when it comes to trafficking with dark forces. These devils require payment for their service, often offered up in the form of tender flesh and boiled blood. Slaves are an important resource of the Chelish as are artifacts of ancient power whose secrets are revealed to them by their timeless patrons. Even as Andoran revels in its newfound freedom, the tendrils of Cheliax's empire continue to expand. Arcadia lays open before them and Sargava is ready to fall under their hellish sway. The Inner Sea will fall with the rest as soon as Absalom rests firmly in the bloodied hands of House Thrune.

The Chelish plan to spread the dark influence of Asmodeus across the face of Golarion. They bring order to chaos, quell the troublesome concepts of freedom and self-determination, and leave broken souls eager to accept the bondage of slavery in their wake. The world must come to terms with the order of things. Mortals serve at the knee of greater powers. The devils of the Nine Hells are Golarion's natural overlords and if the rabble gathered along the coast of the Inner Sea can't be made to understand this simple fact, then they will be purged in a torrent of fire.

Methodology: The Kiss and the Lash[]

The Chelish are masters of seduction as well as pain. They bring their enemies to heel with promises of aid, riches, and glory, but keep them in line with cruel lashes and hellfire. The Chelish faction wins others to its dark cause with temptation. Lust, power, riches, vanity, the Chelish offer all, and cater to the sinful nature in every man to bring him low. If a foe cannot be seduced, he must instead be scourged. Many missions of the Chelish faction involve tempting upright people into darkness and vice, and then threatening to expose their sins unless they aid the empire as dutiful agents. The tricks of devils have claimed men's souls since time immemorial and they serve the Chelish well in their quest for control of Absalom. [1]