Each ceratiodi is actually two creatures--a powerfully-built female, and a tiny parasitic male no bigger than a large rat. When joined, male and female retain their own independent consciousness, though the male's biological functions become linked to those of the female. A mated pair of ceratioidi share a powerful telepathic link, their unique mental structure allowing for them to excel in many fields of study, including combat and wizardry.[1]

A typical female ceratioidi stands at about seven feet tall, and weighs around 300 pounds, with powerful limbs and a massive, toothed maw. In addition, a ceratioidi possesses a bioluminescent lure, known as an esca, attached to their forehead by a fleshy appendage. This lure is the focus for their hypnotic abilities, and serves them both in the hunt and in combat.[1]

Little is known of ceratioidi society, save for the small River Kingdoms outpost known as Outsea. Long ago, in a military campaign against the merfolk, a group of ceratioidi mercenaries were trapped in a patch of magically-contained brine deep inland on the Sellen River. Left with no choice but cooperation or death, the various aquatic races pooled their resources and created the community of Outsea, a town existing both above and below the waterline where terrestrial creatures trade with their aquatic neighbors.[1][2] 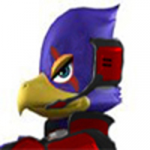